I am not a vegan, but I do try to eat a plant based diet most of the time. I highlighted some of my diet ideals in 7 Reasons I Became a “Flexi” Vegan. 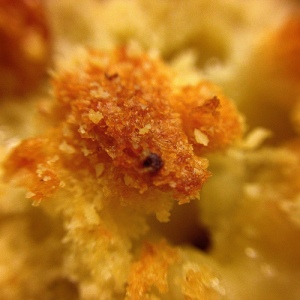 As I am allergic to dairy, eggs, and wheat/gluten, Macaroni and cheese is pretty much off limits for me. I’ve had to become very creative with my cooking. I have not become creative enough to make or invest in gluten free pasta.  I often ignore my mild allergies if becomes very inconvenient to adhere to them. I have made this same cheese sauce with spaghetti squash or zoodles making it gluten free. This particular recipe I made for my Vegan bestie as a Christmas gift. She said it was really good and it didn’t taste vegan. I ate some and it was good; although not as good as good ol’ fashioned macaroni and cheese. I think it was a little heavy on the garlic and cayenne pepper. You may notice from some of my other recipes that I don’t include measurements, and specifics about cooking time. That’s because unless I’m baking something I’ve never tried I don’t use them. Some of the things I cook I’ve just made up based on other recipes I’ve seen and what I think will work. My friend enjoyed the recipe though, or she just lied because she is too nice to tell me that my gift for her was nasty. Here is my simple recipe I used for vegan mac & cheese .

I hope you enjoy!